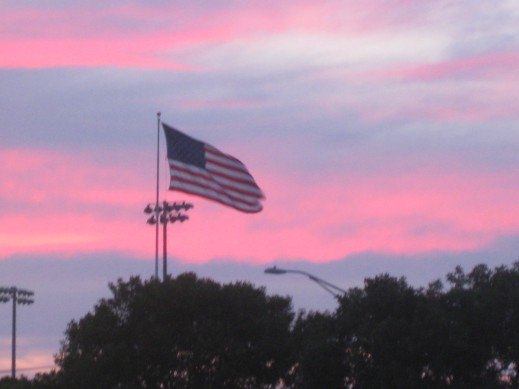 Thanksgiving is coming up and there are a lot of things to be thankful for. It is easy to look at the state of the world and feel that our generation got the short end of the stick and that things were better years ago. The human species has a habit of romanticizing the past to a fault. The present always looks lacking to Americans in general and New Yorkers in particular because we are an ambitious people who always see better possibilities.

But if we are living safely with food in our stomachs and a roof over our head, we should be thankful; there are a few billion people who would gladly trade places with us.

Here are some things I am particularly thankful for:

Family. I am lucky to not only have a wife and kids who love me but numerous other relatives and step-relatives who love me also. I can tap into the wisdom of several aunts and uncles, cousins, and my amazing grandmother, the indomitable matriarch who is our rock. My family has demonstrated time and again how to persevere through hardship and loss with grace and strength. I am lucky to be of such strong blood.

Health. No doubt my steady diet of weekend egg sandwiches has left me the worse for wear and my back is a scramble of slipped disks and strained muscles, but compared to many people, I am in very good health. I know too many family and friends who have suffered bad setbacks to take my health for granted.

Employment. While I have known great unemployment and underemployment in my time, I am currently gainfully employed at a stable company. Having worked as a journalist for nearly 15 years, I crossed over “to the dark side” of public relations last year. I landed in a good place with smart, friendly co-workers; a lot of people can’t say that.

Creative Ambition. One of the reasons I am lucky to have the family I do is that I’ve inherited my family’s desire to create. My family is full of writers, musicians, actors and more and I am honored to be among them. Being creative gives you a constant reason to live even when all else looks dismal.

America. While the American Empire is deep into its twilight, the America I grew up with and love is very much alive though casting a cautious eye towards the future. America is the greatest nation on Earth because it is my country. We have a lot of problems, but we have a lot of freedom that many people never see.

New York City. No city inspires as much simultaneous love and hatred from its inhabitants as New York. There is no other place on Earth that is constantly rewriting its own mythology and acts such a magnet for creativity and ambition. New York will outlive us all. As much as we hate to see New York change, we know it will never die as long as the Earth remains intact.