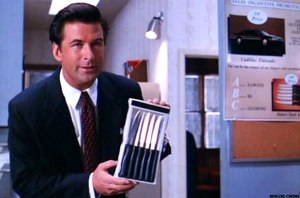 The gay community is a collective rainbow huff over the movie “Ender’s Game” because Orson Scott Card, the author of the novel on which the movie is based, holds conservative views on gay marriage and homosexuality. Lots of gays refuse to see the film and some have organized boycotts.

I have not read the book or seen the movie, but I understand it to be science fiction and that it does not overtly or metaphorically address any gay rights issues. It was written decades ago before issues of gay rights were as ubiquitous in our public discourse as they are today. The author is indeed outspoken against gay marriage and gay rights etc.

People are welcome to boycott any film or book for any reason, but there’s one important element I think that the boycotters are missing. That is: Enjoying a work of art is not an endorsement of the political views of the artist.

I’m all in favor of gay marriage and treating gays equally under the law in all relevant respects, but it’s not something I’m going to let get in the way of reading a book or seeing a movie.

You are free to decide what you want to see or read based on the political views of the creators. But at some point you are going to paint yourself into a corner. You will at some point find yourself patronizing the work of an artist with whom you disagree vehemently.

And even if Card penned a violent homophobic screed that called for some kind of lavender holocaust, reading it or watching it doesn’t mean you agree with it. Everyone should be willing to challenge themselves and purposely seek out opposing viewpoints in art, politics, religion and all aspects of life. If we can’t listen to the opposition, we can’t form our own arguments thoughtfully.

But let us also enjoy art for art’s sake. If “Ender’s Game” is a shitty book and movie, let it fail on its own merits, not because you hate the religious or political view of the author.

I was disappointed to learn Pablo Picasso was a communist and Louis-Ferdinand Céline was a fascist. It broke my heart to see ZZ Top play the George W. Bush inauguration and to read about Julianne Moore shilling for illegal immigration amnesty. Should I boycott all the works of these artists? No. I disagree with them but my patronage of their work is not an endorsement of their views.

An artist’s goal is to make art that is powerful enough that it can overcome and outlast the foibles of the artist. Only time will tell. Did Robert Johnson approve of homosexuality? Did Nathaniel Hawthorne believe in equality between the races? Those questions are completely irrelevant to those men’s contributions to the world.

At some point art and politics must go their separate ways. Whatever your politics, can we least agree that one of the biggest sins of all is limiting your intake of art? 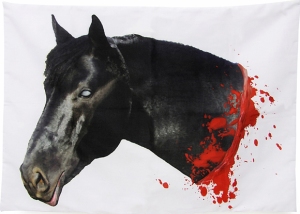 News from Long Island has come in that John A. Gotti son of the more famous Mafia boss and a one-time Mafia boss himself, was stabbed on Long Island. He survived the attack.

Gotti Jr. told the police he was stabbed while breaking up a fight between two strangers. Police find that about as believable as him being stabbed by a unicorn.

When I first moved back to New York, I worked at JFK airport and found a place in Ozone Park, on 101st Avenue near Woodhaven Boulevard. A few short blocks away was the Bergin Hunt and Fish Club, which had served as John Gotti’s Queens headquarters before he became head of the Gambino Crime Family.

The fact that we were close to a place of Mafia lore was a selling point.

“Well his club is right down the street. People know not to mess around here.”

Gotti had been in prison for years by then, but there were still plenty of wise-guy types around. There were still old men playing cards in the Bergin Hunt and Fish Club when I would walk by. It is long gone now.

Gotti’s headquarters for the time he was the big boss was in Little Italy, the Ravenite Social Club, is now a shoe store. Only the tiled floor remains. John Gotti died in prison, ravaged by cancer, a shadow of the feared “Teflon Don” he was in the 1980s.

For better or worse, New York loves its Mafia heritage. There are tours in Little Italy featuring famous assassination sites. I love it too, no doubt. I was glad to walk by the Bergin Hunt & Fish club and gladly bragged to friends that I was in John Gotti’s neighborhood.

But really, when you get right down to it, the Mafia is bullshit.

The real Mafia is not a collection of earnest Vito Corleones living the American dream, it’s a gaggle of the worst grease ball Goombahs you can imagine but with guns and money. The real Mafia isn’t keeping your neighborhood safe, it’s stealing your car and shaking you down for protection money.

A few years ago I read the book Underboss by Sammy “The Bull” Gravano, who was John Gotti’s lieutenant who eventually turned on him and testified against him. Gravano’s memoir, like anything else told by a career criminal, can’t be taken at face value, but it describes a life not of dapper dons but of sleazy thieves and thugs, always looking for new ways to make money, usually by stealing from others in some way. A piece of shit thief in a tailored silk suit is still a piece of shit thief.

Save the Tourists (and Airbnb)

Tourists: No other form of life on the New York sidewalks and subways is more simultaneously loved and despised. We love that they are here spending their money and enjoying the wonderment of our city while we hate how they slow us down with their clueless wanderings and slow gait unfamiliar with the pace of city life.

New York needs tourists. Tourism is a central part of the city’s economy and messing with the flow of tourists to New York is effectively kicking the Big Apple squarely in its big balls.

So the New York State Attorney General’s office threatens to throw cold water on this essential industry with its subpoena of Airbnb’s New York State records.

Airbnb is a web site that connects visitors with private hosts who rent out private rooms or apartments, usually for significantly less than hotels cost. The N.Y. Attorney General’s office claims that the platform is being abused by people operating illegal hotels and avoiding hotel taxes.

I did a quick search for hotel room rates in New York City for the first week of March 2014. Prices are higher around the holidays in November and December and the second week of March might see abnormally high rates for people coming for the St. Patrick’s Day Parade. This study was unscientific, and there are web sites like Priceline.com and others that can help you find discounts.

Starting with a non-luxury, well-known hotel chain, the Marriot Marquis in Times Square charges an average of more than $360 per night for one room for two adults with no children. That jumps to more than $430 per night if you want such luxuries as a sofa bed in your room. A Marriott on East 40th Street got a rate of $206 per room.

Going to the cheaper hotels, Days Inn offered a rate of $131 per night on 94th Street. The chain charges $95 per night to stay at their hotel at JFK Airport. Nothing at JFK Airport is worth $95 a night unless it comes with a free strippers and cocaine.

A similar search on Airbnb gets you $175 a night for a room near Times Square in Manhattan and as low as $57 per night near JFK. The offerings were scattered and not as numerous to put too much of a dent in the hotel business, judging by the search I did on the web site.

No doubt there are people using Airbnb who are running illegal hotels outside of the legitimate regulation of the law, but there is a way to differentiate between these groups and the people making a few extra bucks renting a room to budget-conscious tourists. And about 90% of the Airbnb hosts are people renting out rooms in the homes they live in.

For whatever its faults, Airbnb is American capitalism and New York ingenuity at its best.  Even with the abuses as they are the city and state gain more than they lose by enabling more tourism. The money tourists don’t spend on hotels they spend on Broadways shows, Yankee games, hot dogs and hookers. Let them.