Come to the Flushing Eco-Fest 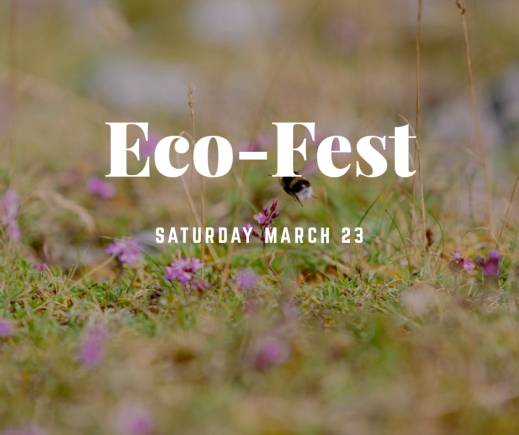 Sustainability and the environment are not just for hippies anymore.

Although when you think about it, hippies were late to the game on wanting save the Earth. The greatest environmentalists in American history is most likely the 26th President of the United States and great New Yorker, Theodore Roosevelt. Roosevelt used the power of his Presidency to create national parks and other public lands. And when you think about it, accomplished hunters like Roosevelt are among the best environmentalists.

Ask yourself what would Theodore Roosevelt do? If he were still with us today, he would probably be bold enough to bicycle from Oyster Bay to the Flushing Quaker Meeting House (a trip of only 25 miles, an easy two hours for T.R.) and find common cause with the many diverse people working for the preservation of our natural world at the Flushing Eco-Fest on Saturday, March 23.

The festival is being organized by Flushing C.S.A. (Community Supported Agriculture), a local farm share group (full disclosure: our family is a member of the Flushing C.S.A. and my wife is a core member and Eco-Fest organizer) and being cohosted by the Flushing Chamber of Commerce.

The Eco-Fest is free and offers free workshops, eco-friendly kids’ crafts sponsored by Macaroni Kid, and a host of vendors with locally grown and organic goods. There will be well over a dozen vendors and groups there, each one is in some way working towards making things on the planet more sustainable.

There is guaranteed to be something to appeal to everyone. My personal favorites are some of the local food businesses such as Spice Tree Organics and Astor Apiaries. You will be doing something good for the environment when you attend, even if you just stick around to learn something about watersheds or how to compost or get a few cycling or energy-saving tips. There will also be environmentally-friendly soaps, home décor, seedlings, and baked goods for sale. And a raffle. Nothing is too small to do to make a difference.

You will also meet an interesting group of people there. Events like this can give you a great cross-section of this part of Queens. The Flushing Quaker Meeting House is the oldest, continually-used house of worship in New York City, and Flushing has several important landmarks in the cause of religious freedom in the U.S. Inside the Meeting House, you will be surrounded by history older than the United States. And whatever you think of the current trajectory of the U.S. or its politics, there is no disputing that this is an interesting time to be alive.

And it is a perfect time to increase your civic and conservationist involvement. Don’t let cultural stereotypes about environmentalists dissuade you from joining with those who want to keep our nation’s land strong. Everyone has a part to play.

Teddy Roosevelt promoted national greatness, and he understood that a nation that depleted its natural resources and did not invest time in strengthening its land and future could not sustain itself. In Flushing, people will gather and, consciously or not, help build on Roosevelt’s vision of a great America that treasures its natural resources and strives to be a unified community.

Postcards to the future

An annual tradition in our family is to go to Mohonk Mountain House on President’s Day weekend. It’s a tradition started by my wife’s father and stepmother and we are happy to take part in it.

This year Mohonk Mountain House is celebrating its 150th anniversary (called a sesquicentennial if you want to use a big word and impress yourself). As part of its observation of this milestone, the historic resort plans to create a time capsule to be opened in 100 years. They invited all of their guests to fill out postcards to be sent 100 years into the future, presumably to be poured over by historians or glanced at by bemused guests in the next century.

One hundred years ago, much of the Western world was still recovering from the First World War, though no one would have called it that at the time because another 20 years would pass before the next World War would start. World War I was called simply “The Great War,” and Western civilization had not seen anything like it. Technology had helped nations create weapons that had not been used in large scale before and casualties were enormous. In fact, there are still areas of France off limits today because of the plethora of unexploded ordinance from the First World War.

Today our world is not in the after math of a great war but rather adjusting to the dissolution of the world order that was began after the Second World War. We have a new dominant world power in China and the world’s greatest superpower, the U.S., deeply divided. There is no shortage of conflict in the world that is taking a drastic human toll.

The world is still a scary, violent place, just in different ways than it was in 1919. We didn’t have mass school shootings in the U.S. in 1919, but we had a flu pandemic that killed more than 180,000 people. We didn’t have MS-13 gangs, but we still had anarchist bombings and labor and race riots. It’s not a bold statement to say that the world of 2119 will be frightening to the historical researchers who read our Mohonk postcards. Between now and then the world will change dramatically in ways we can’t predict, but human nature and the existence of conflict will remain.

But what is also constant, and what I tried to convey in the card, is that while conflict is never ending, so is hope and the human drive for improvement. As long as people have killed one another and destroyed past civilizations with sloth and greed, they have also constructed new communities and sought out the better angels of their natures.

In the postcard we left for the 100-year time capsule at Mohonk, I wrote to a future that would be as conflicted and fearful as our own. I conveyed to them that now, as will be the case then, people gathered to see the beauty of nature and share good times with the people they loved.

I added our postcard to the gathering mass of missives to the future, hopeful that maybe one of my great grandchildren will be enjoying some time at the Mohonk Mountain House and get to read our note from the past.

Year of the Pig 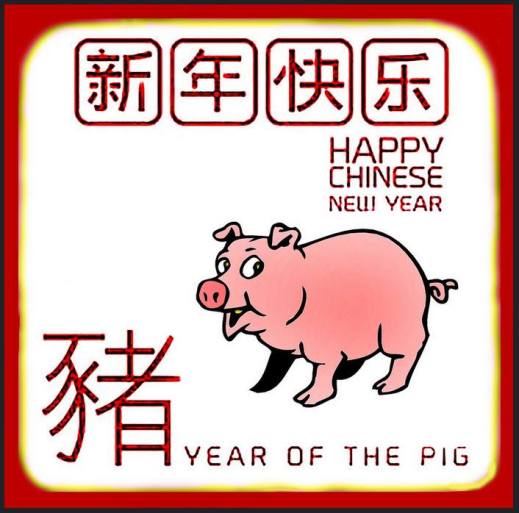 This week begins the Year of the Pig according to the Chinese zodiac calendar. All New York City public schools are closed for the celebration. There will be a big parade in downtown Flushing this weekend and there is no shortage of family-friendly events in the city to celebrate.

Chinese New Year is a holiday that’s quickly moving out of its original ethnic boundaries, like St. Patrick’s Day or Cinco de Mayo. Chinese New Year is an opportunity to sample some compelling Chinese cuisine and light of firecrackers if you have them.

It’s a shame that celebrants in New York City cannot legally set of fireworks for the Chinese New Year. The Chinese invented gunpowder, damn it, they’ve earned the right.

In our house, the upcoming holiday was a reason to feast. My wife made delicious Coca-Cola Pulled Pork sandwiches on the eve of the Lunar New Year. They have the day off from classes and received some decorative paper lanterns from their school.

People born in the Year of the Pig are said to be intelligent, well-behaved, and artistic. They are among the calmer signs of the Chinese zodiac. It’s the sign we need for the world we have now. Some enlightened refinement and well-mannered artistry would go a long way to improve the state of things.

The pig is the last of the 12-part cycle of the Chinese zodiac, owing to legend that it was the last animal to arrive at a gathering summoned by the Chinese emperor, or by Buddha, according to a different legend. It is a stout animal known for its intelligence. In the United States, feral pigs that have escaped from pig farms are amazingly adept at surviving in the wild and can grow to enormous sizes.

There are five different versions of the Year of the Pig, based on the different elements (metal, water, wood, fire, earth). This is the year of the Earth Pig. It is the least fanciful and most real of the elements – our planet in its rawest form, the pure soil that is the basis for our lives here. It’s where we grow our food and the patch of land we seek to keep and defend.

So take whatever pleasures you can in this Year of the Pig. Survive and thrive no matter what slop is thrown your way. You owe it to yourself.