Down on the Farm, in New York City 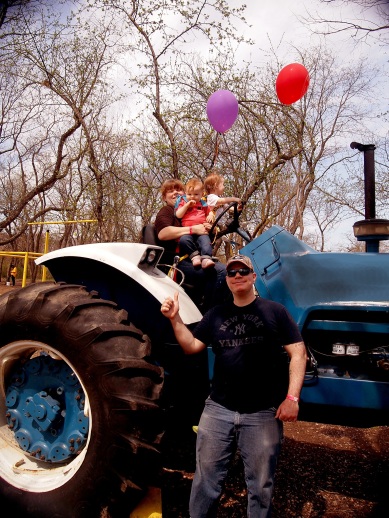 No city is as emblematic of the urban life as New York City, so it may be a surprise to find that there are several farms operating in the city. There’s a working farm in Queens, the city’s largest borough.

The Queens County Farm Museum is a real working farm located in the Glen Oaks neighborhood of Queens.

The farm dates all the way back to the late 1600s and is the longest continually farmed site in New York State. It started as a farm during the days of the Dutch settlers. For many years it survived because it was run by patients of Creedmoor State Hospital, a mental hospital. Creedmoor is still in use today even though some of its buildings are abandoned. It’s fitting that farming survived in this area of Queens because of inmates from an insane asylum.

The Queens County Farm Museum is open to the public and while it is largely used for educational purposes, it is still a legitimate farm. You can buy fresh eggs laid by their chickens and eat vegetables grown there. When you go to visit you’ll see workers moving wheelbarrows of dirt and feeding animals.

The farm is visited by school groups and has lots of activities for students and volunteers. You can take classes there on a variety of topics. You can also rent space for parties. In the autumn, the farm grows an elaborate corn maze and the public is challenged to work their way through it with a map. My wife and I entered the maze a few years ago and it was not easy to find your way out.

This past weekend, they held a carnival there and the wife and I took our 15-month-old girls there to meet up with the in-laws and enjoy the nice weather. They got to pet rabbits, feed goats and sheep, ride ponies and take a hay ride. The girls got free balloons from the Glen Oakes Volunteer Ambulance Corps. We were able to take the girls up on a large tractor and got to see a great magic show by Cordone.

The five boroughs used to be covered in farms. New York City at one point did not extend far beyond the downtown area. Where City Hall is now was considered the remote outskirts of town (when they renovated City Hall Park in the late 1990s, workers unearthed graves from a poor house that used to be there).

In addition to the Queens County Farm Museum, there are urban farmers growing vegetables and raising chickens on small plots of land throughout the city. Staten Island has several working farms, though not open to the public. And there are people trying to preach the gospel of organic food by carving gardens out of abandoned lots and any scrap of space they can find.

The city currently doesn’t have enough arable land to make a dent in the agricultural markets, but it’s nice to know that people who live in this hothouse of a metropolis can get a taste of the farming life without leaving the city.