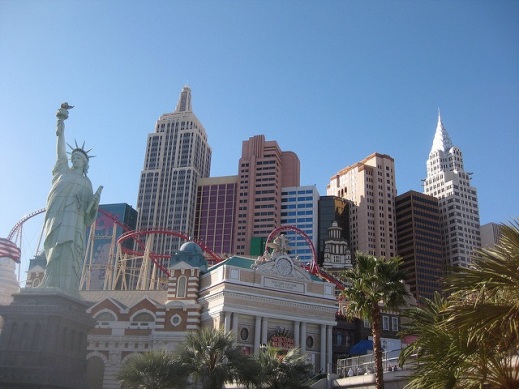 I was in Atlanta for work this past week and I wanted to go someplace for lunch. I was working in a very modern office that had some free pizza for lunch, but I wanted something healthier and to get out of the office for a little while.

Atlanta is not a pedestrian friendly city and my options were limited unless I wanted to take a cab someplace. A coworker recommended a shopping center a little way up the hill in the corporate park where we were, so I walked there.

My options for lunch were a Subway (no, a Subway worker once tried to put mayonnaise on a meatball sub and once you get past a certain age the smell of their bread is disgusting), a salad place, and a New York-style deli. For some reason, I picked the New York-style deli place. I thought maybe they would have good sandwiches.

The walls were painted with images from New York: the Statue of Liberty, the Empire State Building, and the like. It was a poor imitation of a New York deli. People waited too long at the counter and too long for table service. Maybe they have brilliant pastrami or hot dogs but the sandwiches I saw pass by were pretty paltry and would not have made it across the counter at a quality deli in the Big Apple.

I tried to eat a healthy option so I ordered a salad and a side of cottage cheese. I also ordered an egg cream because it’s rare to find those anywhere, so when I see one offered on a menu I feel I should order it. The egg cream was only OK: again, it would be way below par at a place like Ray’s Candy Store, where I’m proud to have taken people for their first egg creams.

This kind of fraudulent “New York” is not limited to outside New York. But if you’re within the five boroughs or even within a hundred miles of the city and you stumble upon a restaurant or deli that makes grand pretention to how “New York” it is, you can usually count that as bogus. If you’ve got to advertise it, you’re not the real deal.

Atlanta, and the South in general, has some of the best food in the world. I’ve been to outstanding barbecue restaurants, had soul food, Cajun food, and many varieties of Southern cuisine that are mouth-watering just to think about. I know there is better fare on offer in Georgia. Sadly, the metro-Atlanta area has undergone rapid growth that has scrubbed away meaningful culture, leaving it with a lot of the mundane corporate subdivision architecture. You see what this kind of consolidation has done to the New York suburbs and parts of the five boroughs as well: there’s an Olive Garden making money in Times Square while independent Italian restaurants in Little Italy struggle to get by.

I did not find an authentic New York restaurant in Atlanta. Maybe I never will, but that’s OK. The search for the real New York is enough of a herculean task at home. My children may have a radically different idea of what makes for a true New York experience than I do. As generations make changes and the demographics of the city churn through neighborhood after neighborhood, what counts as a true measure of culture fluctuates.

I made it back to the office after wolfing down my salad and cottage cheese. I had to get more work done before flying back to New York.