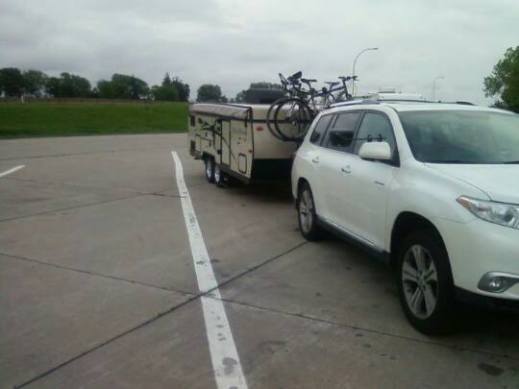 The roads and parks this spring and summer are filled with tourists and our highways are busy with people driving through our great land. Among them are my aunt Alice and her husband Dave Siewert.

Dave and Alice are going on a giant road trip and are seeing some of the great beauty of the Western United States. There are no people more worthy of experiencing all of the natural beauty of America than Alice and Dave. And this road trip is special for them because it will be their last together.

Bad news came fast for them at the end of last year. Dave was diagnosed with esophageal cancer and has not been given long to live. Alice is a cancer survivor and Dave had heart surgery years ago. They have more than paid their dues to the trials of medicine; they have endured enough health hardships to last two lifetimes already. This just isn’t fair.

If you look up the definition of “balls of steel” in a proper dictionary, the entry will have Dave’s picture next to it. Dave is facing certain death and has doubled down on embracing life.

No one would blame Dave if he holed himself up in a dark room and gorged on cheese curds like some kind of Midwestern Howard Hughes. Not a soul would find fault with him if he numbed himself from the specter of his own approaching death.

But that’s not how he does things.

Alice and Dave acquired a camper and set their sights westward, making the journey from their home in Wisconsin to Yellowstone National Park. Early on they had an accident due to a blown tire that delayed their journey. But what is a little traffic accident when you’re spitting in death’s face every day?

Dave has to return to Wisconsin every six weeks so his esophagus can be dilated to prolong his life. Yet he’s out there, rolling down America’s highways with no regrets and no apologies. He is boldness personified and the baddest badass cruising America right now because I guarantee you the toughest trucker or biker on the road today is not staring death in the face like Dave is.

At a time when it would be easy to voice bitterness or rage at life’s unfairness, they have remained a moving example of grace and love. The way they insist on living life to the fullest and refusing to be beaten down is itself like a great work of art. Like all great artists, they make it look easy.

But no one who knows them is surprised. Alice and Dave were married outside on what turned out to be one of the hottest days of the year. It somehow didn’t feel that way though. The breeze was just right and no one seemed to notice the temperature. Alice’s vows included a promise to support the Green Bay Packers. After the ceremony, Alice and Dave enjoyed their first dance together as a married couple. Before their song was over, Alice beckoned everyone to join them on the dance floor. She would tolerate no slackers. Even those guests who normally do not like to dance at weddings happily obliged.

Alice created a Facebook page to document her and Dave’s travels. She is a gifted writer and has posted comments and photos. “We can feel the petty retreating by the hour,” Alice wrote in a post. “This has not so far been a year too full of laughs. Yet we have been laughing and crying and learning things about ourselves and each other that the world of cubicles and chemo bays muffles somehow.”

“We are witnessing natural things that were previously beyond my imagination,” Alice wrote me in an email. “Talking stops and all one does is stare dumbly at a magnificence that renders your life, worries, ego all meaningless. It is fun to be on the road. But some day we come home for good. And that is a principle to wrestle with the starry night through.”