Earth Day is Not Just for Hippies Anymore 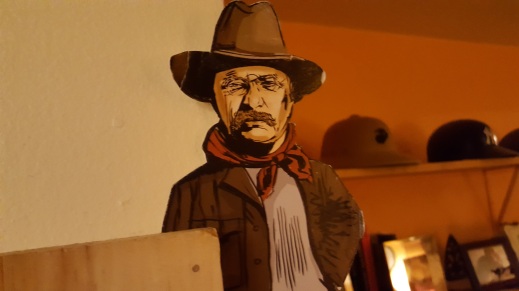 Just because hippies are doing it, doesn’t mean it’s necessarily wrong or bad. Hippies were one of the first groups to organize against prohibitions against marijuana and now only the most dyed-in-the-wool authoritarian throwback wants to keep banning the weed. There are some things hippies get right, and appreciating nature is one of them, even if they do it in ham-handed and atrocious ways.

There is no American in history who embodied personal greatness and strength more than Theodore Roosevelt. And Teddy Roosevelt never met a nature preserve he didn’t like. To him, men who sat around inside all day were pussies who deserved to be thinned out of the bloodlines. Enjoying the great outdoors is a necessary part of life Roosevelt would tell you if he were still with us today, and anyone who doesn’t appreciate nature is some kind of effete nincompoop who should have no say in civic affairs. Even after he was president, at a time when most people retire to the quiet life, Roosevelt nearly died on an expedition in South America. You can go to the American Museum of Natural History today and see animals that Roosevelt went and shot so you could enjoy looking at them today.

Theodore Roosevelt would rightfully despise hippies and other layabouts but he would approve of Earth Day.

In order to appreciate the world and the great outdoors, it has to be there and in good working order. If you’ve ever gone to a favorite camping spot and found logging going on nearby, or seen heat-induced drought dry up streams in a favorite deer hunting spot, you will be drawn to the cause of the environment not matter what your politics.

Environmentalism used to be the exclusive province of more left-leaning groups, but now there is much common ground and elements on all ends of the political spectrum have found reason to embrace elements of the environmentalist movement.

And contemporary Earth Day observations will feature a lot of DIY community organizations acting independently and doing things that involve lower-cost, non-government solutions to some of our problems. For example, my wife is one of the founders of our local CSA (Community Supported Agriculture) group, which is a cooperative that allows members to get fresh produce from a local farm. Flushing CSA is taking part in several Earth Day events, and CSA groups are one of a lot of different cooperative organizations out there that are doing very direct and helpful things outside of what is normally thought of as environmental activism.

Earth Day may still be stigmatized as a lot of nonsensical claptrap, but that’s not excuse not to do something that is helpful to the Earth. It’s what Theodore Roosevelt would do.