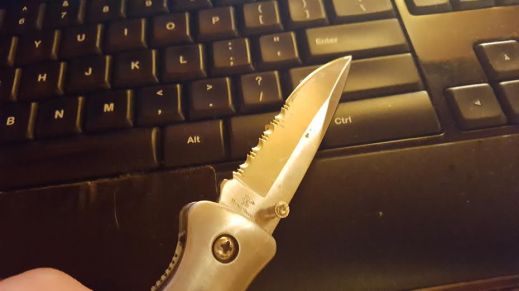 Recent rules issued by the U. S. Department of Labor have mandated overtime pay for employees who work more than 40 hours a week if they earn $47,476 per year or less. That adds a lot of people to overtime and will put a much-deserved dent into the business models of innumerable shady corporations. It’s one of those rule adjustments that outgoing administrations do: it’s something Obama wants credit for but wasn’t willing to spend any political capital on.

The New York Times pointed out that this plan threatens to disrupt the “Prada Economy,” referring to the novel and film “The Devil Wears Prada,” a fictionalized account of working for Vogue editor Anna Wintour. That many publications or institutions of measurable influence are horrible places to work is no surprise at this point. I know people with Masters degrees who are brilliant at what they do yet live in poverty because access to paying work in their field is through unpaid or nearly-unpaid work.

A friend I worked with years ago once had a job interview with the prestigious Paris Review. George Plimpton asked her at once point, “How important is it to you to get paid?” She was newly arrived to New York City and getting paid was very important with any job she took and she told Plimpton that. She did not get the job.

When I was trying to get a writing job I managed to get an interview with a trade publication (Chemical Week – it is still around) and after a few rounds of interviews and a writing test they wanted me to come in and work for a while. “Don’t do it unless you can stay at least four hours,” the editor told me. I came in and worked a full day, writing some stories, re-writing news briefs and the like. I never heard back from them. A year or two later I discovered that they had published some of my work and never paid me for it. When I contacted the editor all he did was send me a photo copy of the pages of the magazine in which my work appeared. As rotten as that is, it’s kids’ stuff. I know freelancers who struggle to get paid by name-brand companies and mainstream publications.

There are instances where low-paid or even unpaid internships are acceptable and permissible. When I was in college and able to live with parents, I had an internship on a gubernatorial campaign. I worked some incredibly long hours driving our candidate around the state of Georgia in the summer heat for a month, at one point not sleeping for more than two or three hours. It was an incredibly fun time and I was paid only $100 per week. But that was when I could afford to do that and it was only a temporary assignment. Colleges and parents can often subsidize interns. Once people graduate college, they usually have to start paying the rent and start trying to pay down their student loans.

Using an internship as an unpaid apprenticeship for large, for-profit institutions is unacceptable. You shouldn’t’ have to be a sucker to pursue your dreams. And in the end it’s the publications that suffer. If the only people able to work in the arts or media are wealthy scions or sociopaths who still live in their parents’ basement past the age of 30, then you’re not going to get the best minds of your generation.

I wouldn’t be surprised to find that a lot of companies give raises to overworked employees to $47,477 per year just to skirt these rules. But maybe that may be a kind of back-handed victory in and of itself if enough people get raises. They’ll still be overworked and underpaid, but underpaid by a little less. In these times, we’ll take what we can get.