Presidential stupidity and the need for patriotic immigration reform 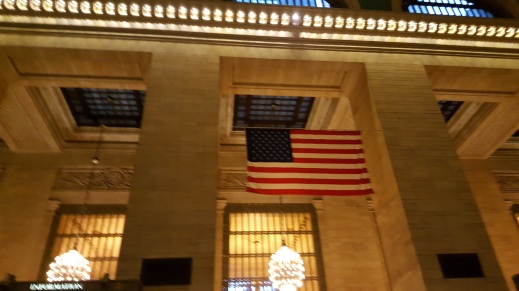 When I moved back to New York City as an adult in the late 1990s, the job that got me here was as an inspector for the Immigration and Naturalization Services. I worked at J.F.K. airport stamping passports and processing immigrants, refugees, tourists, celebrities, and anyone else that came through my line.

In some cases the job could be very humbling and inspiring. For a short time I worked at the federal building in downtown Manhattan interviewing refugees and asylees who were applying for green cards. I met people who would rather be fry cooks in America than engineers in their native country. I met a woman who had seen her family murdered, a man who did time in jail for being gay, and young guy who faced prison time for simply protesting for his rights.

I also saw first-hand how our system is completely broken and is largely not at all in keeping with the traditions of what we consider our great American heritage of immigration. Our immigration laws and policies are a patchwork of corporate influence and ethnic lobbying. There is no comprehensive consideration of the national interest in how immigration is handled in the U.S. and it’s been that way for decades.

In New York City, you know something crazy is going on when people are voluntarily going to JFK Airport when they don’t have to. This past weekend thousands of people flocked there to protest the detention of a handful of travelers by order of a hastily drawn up Presidential executive order travel ban that affected a handful of Muslim-majority countries.

Travel bans like the one issued are done at times when there is a potential immediate terrorist threat. Others that have been cited have been President Carter’s restriction on Iranian travel during the hostage crisis at the time and President Obama’s temporary ban on processing Iraqi refugees in 2011. But those were limited and in response to events happening at the time. There aren’t corresponding crises that would equate to the recent Trump travel ban.

President Trump’s ham-handed executive order is like everything else he has done: a dramatic show without any planning or thought and with no understanding of the issues. He managed to make life difficult for those border and airport inspectors on the front lines of our national defense and energize the opposition. He’s helped open-border advocates position their agenda as more mainstream than it is.

Trump won the election based largely on the strength of his opposition to illegal immigration and within the first week of his administration he’s undermined his greatest political asset.

And the biggest tragedy is that now real patriotic immigration reform is going to be even more difficult to achieve, because any attempt to enact a common-sense agenda is going to be linked to Trump’s bone-headed travel ban.

This weekend’s move also hurt the fight against Islamic terrorism. Keep in mind that our best allies in the fight against Muslim extremists are Muslims from those afflicted countries. Trump’s attempt at a show-business presidency punishes some of the people who worked alongside our military in Iraq and Afghanistan, truly deserving refugees that risked their lives for our servicemen and women.

The decay of our immigration system began in 1965 and it’s had more than 50 years to morph into the mess it is today. It will take years to pass the laws needed to make sensible immigration policy stick. If Donald Trump is serious about really making a lasting change, he would stop his senseless showboating and start drafting legislation with Congressional leaders. That would require time away from TV cameras and social media. That requires real work. Start now!