Democracy is in the details 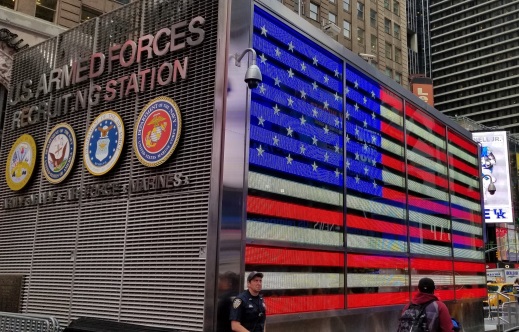 Former Speaker of the U.S. House of Representatives Thomas P. “Tip” O’Neill is famously quoted as saying, “All politics are local.” He was right. What’s more, so much of what gets decided in our republic doesn’t happen on the televised stage but in the mind-numbing minutia of committees and boards you’ve never heard of unless you are willing to delve into the morass of local politics. But I’m telling you: delve into that morass.

This universe of local community boards and party committees have more sway and control over our politics than one might think, and they are a way to have an outsized influence on your community without having to run for public office. Depending on what you do, you might only need a few hours a month.

And no matter what your politics, you likely agree that the political establishment is decrepit and in need of new blood. Case in point: here in New York, the Democratic Party bosses were nominating candidates for party positions who were not even aware they were running. There were actually people interested in some of these party positions, but the people in charge filed the names of candidates they drew from old lists, thinking they could fudge the paperwork and appoint their own candidates later. The bosses had become accustomed to few showing interest in these party positions. With more people engaged in the political process on the local party level, this kind of rusty machine can’t continue run like that. Why shouldn’t there be a contest for these positions every step of the way—picking candidates who are actually running would be a good first step.

And in addition to the usual local and state races on the ballot Tuesday, there are three ballot initiatives specific to New York City that can shape the future of local politics and open the door for more involvement. The first would mean stricter limits on individual campaign contributions candidates could collect but increase public funding for candidates. The second would create a Civic Engagement Commission under control of the mayor (please vote against this if you live in New York City). And the third would put term limits of a sort on people serving on community boards (they could serve for eight years but then must step down for two years with the ability to reapply). I think a better solution to create more responsive community boards would to make them elected positions—members are currently appointed by borough presidents.

Whatever your position on these or other issues, you won’t change a thing by throwing rocks at someone you hate, marching on Trump Tower, or trolling normies with dank memes. Go vote.

Clearly there is a populist political wave that is cresting with Democrats now after Donald Trump surfed it to victory two years ago. There’s no reason it should stop for either party. In both cases it has widened the debate.

Five years ago, Democrats were scared to call for socialized medicine and Republicans would not have dared question birthright citizenship. Both these topics are rightfully in the mainstream now. There is no reason that ideas should be kept out of the public sphere by old and uninspired machine politics.

Don’t like it? Get out there and do something about it.