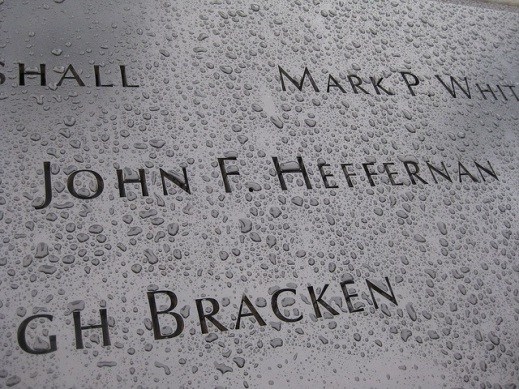 In March of 2001, I saw a procession of people marching behind a fire engine down a street in Greenwich Village. I followed to see what was happening. It was a 90th anniversary commemoration in the Triangle Shirtwaist Fire, which remains one of the deadliest event of its kind in New York. Firefighters stood at attention near their fire engine as people read the names of the 146 young women who perished.

Less than six months later, the September 11 attacks became the deadliest day in New York City history (displacing not the Triangle Shirtwaist fire but the General Slocum disaster, which killed more than 1,000 people).

The crucible of city life creates a population that can’t be broken. While crime is lower, it doesn’t mean survival has gotten easier. People are too busy to be scared, and New York was back up and running in less than a week. We pause to honor the dead but realize it would be an insult to the memory of those lost for us not to continue our lives.

Terrorist work to create fear in a population, which makes it all the more pointless for them to attack New York, a city that overcame collective fear a long time ago.

What we keep from the attacks are the demonstrations of our valor and courage. Every year in September, people come from around the world to run or walk the Tunnel to Towers 5K, which traces the route of Firefighter Stephen Siller, who ran through the Brooklyn-Battery Tunnel on September 11th to get to the site of the attacks where he gave his life for our city. Firefighters from every corner of the globe will often run in full firefighting gear as Siller did. If you’ve never taken part in one of these, you owe it to yourself to do. You won’t regret it, I promise you.

One of New York’s greatest punk bands, The Bullys, lost a founding member, Firefighter John Heffernan, in the attacks. Every year they commemorate his life with an awesome punk rock show. The defiant sounds of blaring punk rock and The Bullys incessant musical “fuck you” to all manner of poseurs and pussies defines New York more than weeping and flowers, though those have their place too.

People I had worked with, immigration inspectors at J.F.K. airport, went to Manhattan on their own time to do what they could, people lined up for hours on end to donate blood. New Yorkers stood on the West Side Highway into the wee hours of the morning to thank first responders heading home from long shifts on the pile. These are the images and lessons I remember about New York City from those days.

New York City is older than America. It was a force on this continent before it was even New York. It will still be here two thousand years from now. Live in it to the fullest or leave.